All in all, Amaranthine Voyage: The Living Mountain is a fabulous game that should goes on to everybody's wishlist for this month. The graphics and audio are terrific, the creativity is mind-blowing and the Extras are just more than worth the CE price tag.

It has been about a year since the release of the first Amaranthine game, The Tree of Life. But Eipix has definitely grown so much in just a year’s time, all of the latter products were simply splendid. That is why we had our hopes up for this Amaranthine sequel, only to be impressed even more. 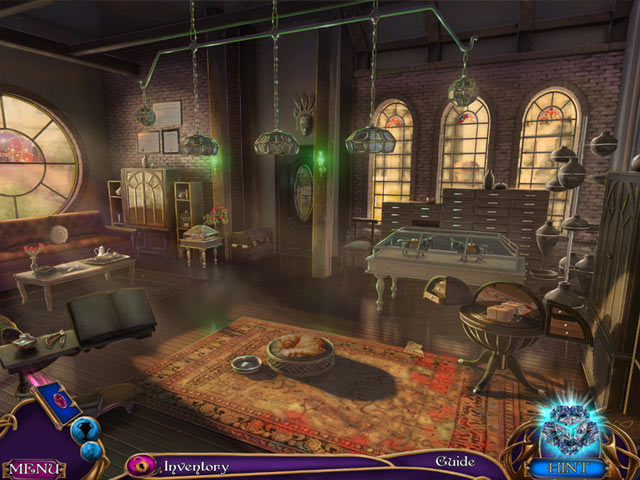 You just came back from a world-saving journey when an old man came to ask you for help. He claims that his son has disappeared and tells you about the portal to another world called, The Three Stones. The Living Mountain is a fantasy game, so the theme is indeed light-hearted. We did not find the story to be extremely  intriguing or super original, in fact, we found the pace of the story to be rather slow but it is interesting enough to keep our attentions.

Apart from the tiring save-the-world story, Amaranthine Voyage 2 excels in almost every aspects. The visuals have clearly improved upon the first game in terms of both quality and the beauty. All of the locations are brightly colored with cutting-edge clarity, the outdoor scenes are attractive while the indoor ones remained stunning. The soundtracks go along with the game perfectly, they are calm and relaxing but not too sleepy – the voice overs are well recorded and go along with the lips of the characters considerably well. One complain though, on the presentation side is that the characters are far too static, despite the cinematics, most of the times their animations are not smooth and could be very annoying.

Amaranthine Voyage: The Living Mountain follows the guidelines of a typical Hidden Object Adventure game with a couple of extra features. There is an interactive map to keep you on track, and it is definitely one of the best designed maps in HOPA, beautiful and efficient. Moreover, you also have Bonnie the Dog to accompany you as well as your Bow & Arrow which could come useful from times to times. The Hidden Object scenes are very creative, with varied searching modes plus the feature to switch between Hidden Objects mode and Bubble-Shooter mode. The puzzles are a mixed of old-school ones and new ones, both styles are fun anyways.

For fast players, the main chapter of The Living Mountain is likely to end within 4 hours with an additional of another hour of a solid Bonus Chapter. As for the Collector’s Edition, Amaranthine 2 gives you almost everything you could ever ask for from the usual gallery items to some unique extras like Bubble-Shooter mini game, Biscuit Hint, Souvenir Room, Miking Of and the Lore Book.

Featured Games
Kyte – Kite Flying Battle Game: Review
Ultimate Monster Truck: 3D Stunt Racing Simulator: Review
Cricket CEO 2021: Review
Hidden Objects – Fatal Evidence 1 (Free To Play): Review
Lost Lands 7 (free to play): Review
© 2012-2020, All About Casual Games.
All About Casual Games is licensed under a Creative Commons Attribution-NonCommercial 4.0 International License. Based on a work at www.allaboutcasualgame.com. Permissions beyond the scope of this license may be available at http://www.allaboutcasualgame.com/p/contact-us.html.
Send this to a friend