Reviews
previous article
Spear of Destiny: The Final Journey - Review
next article
Tales of Terror: Estate of the Heart - Review Danse Macabre: Lethal Letters is stunning and surprisingly enthralling. This is a top recommendation for fans of the series, as well as murder mystery enthusiasts. Way to go, Eipix!

As a renowned cognitive psychologist, the Count has invited you to St. Petersburg to diagnosis his ballerina fiancée, who has been acting strangely in the recent weeks. However, the event took a tragic turn when the Count’s fiancée shot him in the heart right from the stage! Can you find out the reason behind this murder and what causes her to behave this way? 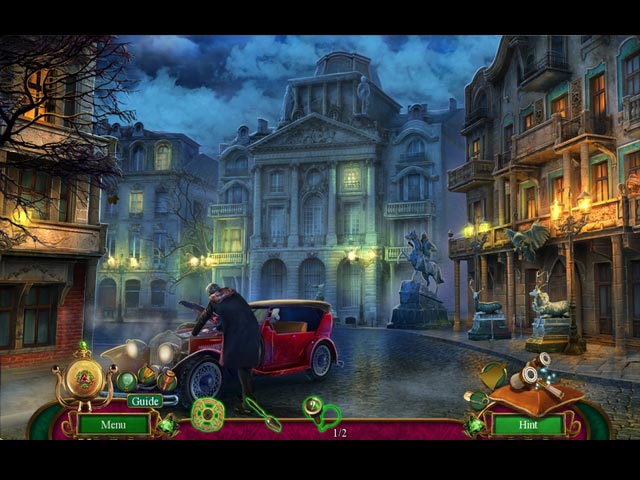 Danse Macabre has always been one of our top favorite HOPA franchises from Eipix. We adore the glamour and the untouchable class that comes with each and every installment of the series. Danse Macabre: Lethal Letters introduced us to a new murder case in Russia, and this one is more captivating than ever. Murder mysteries sure have been done countless times in the HOPA field, but Eipix somehow managed to make this one very fascinating. We were intrigued right from the start to the end of the game, not a moment of boredom.

We do not need to say much about the sights and sounds in Danse Macabre: Lethal Letters, as Eipix’s reputation in this aspect speaks for itself. Lethal Letters has an amazing production; from the detailed artwork and vibrant graphics to the grand soundtracks and the on-point voice-overs. One thing though, the character animations can sometimes be slow and awkward, but it is minor issue that can be forgiven.

Eipix didn’t do anything groundbreaking with the gameplay of Danse Macabre: Lethal Letters, but at least they did everything right. As expected, the game focuses on the adventure portion as well as the puzzles, and light on the hidden object scenes. The adventure part is straightforward enough, and the hidden object scenes are very well entertaining. As for the puzzles, they range from easy to moderately difficult – many offer interesting twists on the familiar formats, while some are impressively original. To aid your investigation, there is also a Pocket Watch at your disposal. As a hypnosis expert, you can use this pocket watch to instantly hypnotize your patients – a pleasant and sensible addition.

Last but not least, Danse Macabre: Lethal Letters has a satisfying length. We finished the main game in just a little over four hours, and the equally-excellent bonus chapter in an hour or so. The Collector’s Edition comes with the standard gallery items, replayable hidden object scenes, replayable puzzles, a strategy guide, souvenir room, a freeplay Match 3 and a behind-the-scenes video.