Dark Realm: Princess of Ice is a must-play game for all HOPA fans. It is impeccably beautiful, exceptionally innovative and most of all, absolutely captivating.

Mad Head Games is here to offer us another thrilling fantasy adventure in Princess of Ice, the second installment in the highly-acclaimed Dark Realm franchise! A talking bear has summoned you the neighboring kingdom of Nypha and asked you to free the Princess that was trapped in the icy tower. You then realize that this adventure might not be as easy as you thought – meet friends and fight foes in Dark Realm: Princess of Ice. 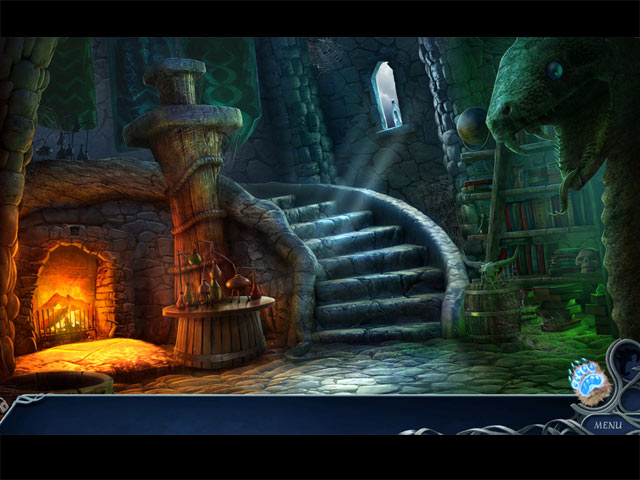 Since the first game in the series, Dark Realm: Queen of Flames was one of the best HOPAs released last year, we had high hopes for this sequel – and guess what, Princes of Ice really did not disappoint! First off, Princess of Ice is probably one of the most action-packed HOPA title ever. There is an unexpectedly high number of high-quality action sequences, each one usually involves a creative mini-game. Thus, there is never a single moment of boredom in Princess of Ice, even though the main plotline has been done to death.

Secondly, the characters you get to meet on the road are all extremely interesting. They have different personalities and their voices are professionally recorded and really did give them ‘life’. The dialogues are expertly written and suit the personality of each character surprisingly well. 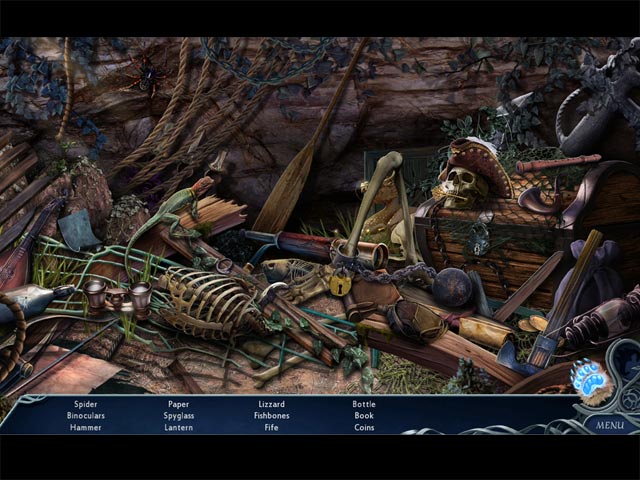 Furthermore, Dark Realm: Princess of Ice wowed us with the stunning visuals and beautiful soundtracks. The graphics in Princess of Ice are sharp and clean, the artwork is top-notch and all the special effects are just wonderful. There are also quite a few cutscenes in the game; and again, they are some of the best in the industry. As mentioned, we also fell in love with the soundtracks in the game. The soundtracks come in different musical styles to fit a variety of moods and scenes. Nonetheless, all of them are just so pretty that we need to turn the volume of the background music up.

Dark Realm: Princess of Ice might not be the most challenging game ever, but its gameplay is nowhere near simple. The game featured some of the smartest interactive scenes, cleverest hidden object scenes and most compelling storytelling. There are also some special features to help you during the journey; the Frozen Claw, which allows you to pick up and use magical Arcane items, and the Protection Bracelet. Still, the game is not completely flawless. We felt a little underwhelmed by the puzzles – although they are all very entertaining, they could have been more unique as well as challenging.

We certainly did not regret purchasing the Collector’s Edition since it offers so many extra features. For instance, a Character Gallery, Collectibles Hunt and a Jigsaw Puzzles along with the standard features. In addition, Princess of Ice has a pretty nice length of 4 and a half hour, not including the extra hour from the equally fantastic bonus chapter.

Featured Games
Call Of Duty Mobile – Review
Among Us – Review
Temple Run – Run For Your Life
June’s Journey – Hidden Objects – Review
Score! Hero – Review
© 2012-2020, All About Casual Games.
All About Casual Games is licensed under a Creative Commons Attribution-NonCommercial 4.0 International License. Based on a work at www.allaboutcasualgame.com. Permissions beyond the scope of this license may be available at http://www.allaboutcasualgame.com/p/contact-us.html.
Send this to a friend