Reviews
previous article
Cadenza: The Kiss of Death - Review
next article
Myths of the World: The Heart of Desolation - Review

Queen’s Tales: Sins of the Past – Review Queen's Tales: Sins of the Past Collector's Edition

Queen's Tales: Sins of the Past is a 'been-there-done-that' type of game. It does not bring anything fresh to the genre, at the same time, it does a good job sticking to the same formulas.

TOTAL SCORE
You have rated this
Your father, The King has been imprisoned by his long-time enemy, the Elven King. What more? Now the Elvin King wants you, the princess, to be his wife! Take a magical journey down the roads of the kingdom, save your father and search for the dark secrets that started all this madness.

First off, the concept of Queen’s Tales: Sins of the Past is not very thrilling. Two kingdoms are at war, your father is captured – far from unique. Anyway, although the story kind of bored us, we were impressed by the quality of the graphics. The graphics are typical ERS, with washed-out colors and beautiful artwork. There are a few scenes that look stunning, and do not look like any other scenes we have seen before from ERS-G. Queen’s Tales 2 also scores high on the audio side; the music is very nice and the voice-overs portray the characters very well. 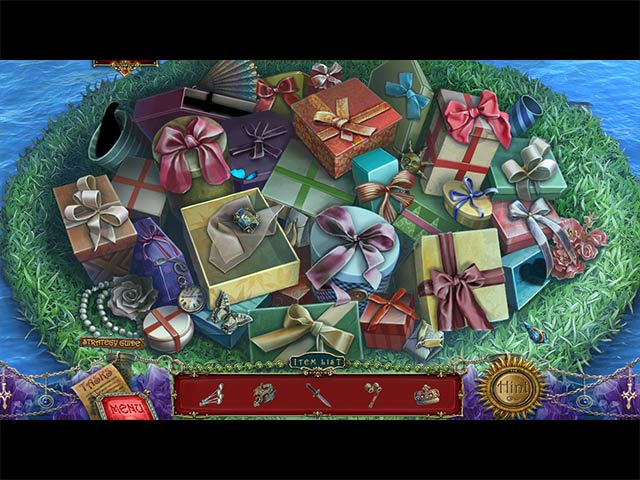 Unfortunately, even the pleasant presentation could not save this game from being tedious. Unlike the previous installment, Sins of the Past has a much darker theme. This installment sits somewhere in between being a cute fantasy game and a spooky horror game; as a result, it is not very memorable. It also does not help that Sins of the Past is an extremely easy game – the adventure part involves completing boring tasks that require zero brainwork, while the hidden object scenes are simple and even repeated themselves twice. The puzzles are slightly better, while some of them are easy and not very innovative, some of them are fairly tricky.

As for the gimmicks, the game includes a blazing Phoenix helper as well as a Shirking Potion. They are both nice additions, but do not actually add any values to the game. All the standard features are also there; an interactive-map that is rarely used due to the limited amount of backtracking and a custom difficulty setting.

ERS-G did seem to make an effort to improve the bonus content in the Collector’s Edition. Along with the 45-minute bonus chapter and the basics, there are also Fortune-Telling, Match-3 Game and a Map Puzzle.