We have nothing much to say about Rescue Team 4, because it is not very memorable. Rescue Team 4 does not deliver anything out of the ordinary, but it is nonetheless a relaxing and enjoyable game.

TOTAL SCORE
You have rated this
Rebuild houses, buildings and stations all while rescuing people from the Mother Nature. The well-known Rescue Team series is back with its fourth game, but nothing much has improved. 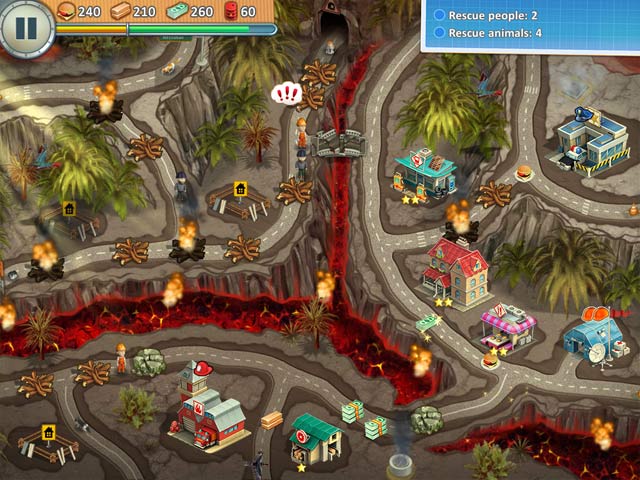 Right in the storm of Hidden Object Adventure games, Alawar suddenly released Rescue Team 4 without any warning. Rescue Team 4 is a resource-management game, and it definitely plays like one. Your task is to rescue all of the people get trapped by the forces of nature in each level, and you need to build several commercial buildings and residences to aid your mission.

As if the developers have assumed that all of casual gamers are familiar with the genre, Rescue Team 4 starts off with no tutorial or basic instructions whatsoever. The first few levels of the game are incredibly simple, and although the level of difficulty does increase level after level; it is still not as challenging as some of the similar games we have gotten lately. There is nothing off with the gameplay in Rescue Team 4, as it plays super smoothly on our PC. However, it lacks all those bells and whistles that make it stand above the rest of the crowd. 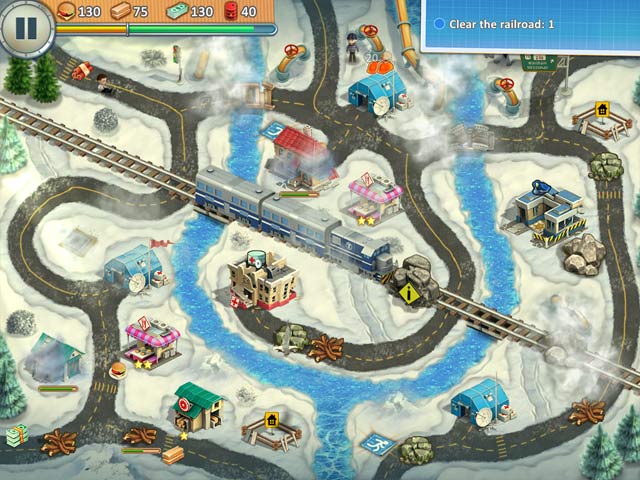 On the other hand, the art style in Rescue Team 4 is quite different from those in its previous installments. It is still cartoonish and colorful, but the characters are more three-dimensional and the graphics are more attractive we would say. The background music is just fine, relaxing and soothing. 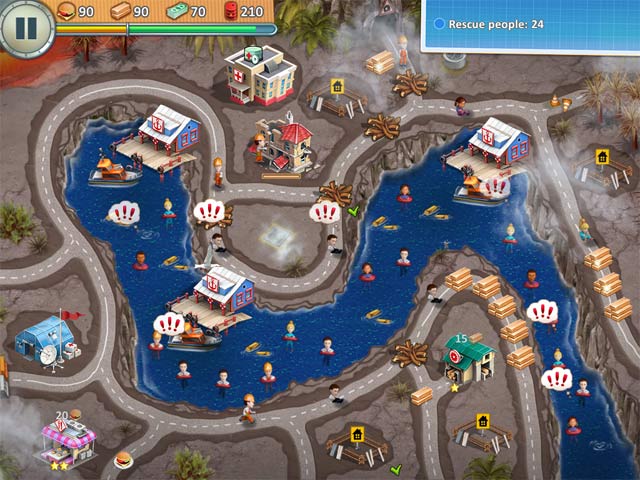 by All About Casual Games on November 5, 2020
Claire always aspires to be a famous master chef, and her dream has a chance of becoming true this time. Join Claire on her cross-country adventure as she opens food trucks, serving icious dishes to the masses. Can you help her survive the chaos of running restaurants in Claire’s Cruisin’ Cafe? Is 2020 the resurgence […]

by All About Casual Games on September 16, 2020
Join Ashley and Scott as they co their way across cuisines with the dream of launching their own successful eatery. GameOn Production presents a brand-new Time Management game sets in the world of food and icacy! Baking Bustle joins GameOn Production’s growing portfolio of Time Management games, which consists of quality hits like Rescue Team […]
Comments
Leave a reply

Featured Games
Mystery Case Files: Crossfade – Review
New Yankee 9: The Evil Spellbook – Review
My Spa Resort – Review
Fruit Ninja 2 – Review
Dark City: Budapest – Review
© 2012-2020, All About Casual Games.
All About Casual Games is licensed under a Creative Commons Attribution-NonCommercial 4.0 International License. Based on a work at www.allaboutcasualgame.com. Permissions beyond the scope of this license may be available at http://www.allaboutcasualgame.com/p/contact-us.html.
Send this to a friend